The United Nations defines gender based violence in the following way:
"violence that is directed against a woman because she is a woman or that affects women disproportionately. It includes acts that inflict physical, mental or sexual harm or suffering, threats of such acts, coercion and other deprivations of liberty." (CEDAW 1992: para. 6).

Domestic violence is a violation of human rights with damaging social, economic and health consequences. Whilst both men and women may experience incidents of domestic abuse, women are considerably more likely to experience higher rates of repeated victimisation (Walby and Allen 2004); be subjected to forms of coercive and controlling behaviours (Hester 2013, Myhill 2015; 2017), and; experience more severe forms of abuse, including sexual violence. Women are also much more likely to be seriously hurt and to have experienced sustained physical, psychological or emotional abuse which results in injury or death (Walby and Towers 2017).

Domestic abuse is considered to be both a cause and a consequence of gender inequalities. Men's perpetration of domestic abuse is grounded in inequalities in power between women and men, and social norms for male/female relationships. It is inextricably linked to societal views and expectations of how men and women behave. This wider context creates entitlement for men and allows men's violence to control their female partners.

Whilst the majority of perpetrators are men, this does not mean that men do not experience domestic abuse and, like women, may suffer damage to their physical mental health (Hester et al 2015). However, there are important differences between male violence against women and female violence against men, specifically the amount, severity and impact of abuse. A gendered understanding of domestic abuse extends to how men perceive the abuse that they experience and their willingness to disclose that abuse and seek help. Similarly, a gendered analysis is relevant to the experiences of lesbian, gay, bisexual, transgendered, intersex and queer individuals when considered in the broader context of patriarchy (Whiting 2007).

Acknowledgement of the gendered nature and characteristics of domestic abuse is therefore crucial for devising preventative, response and intervention strategies for those who experience it.

Hester, M. (2013) 'Who Does What to Whom? Gender and Domestic Violence Perpetrators in English Police Records', European Journal of Criminology, 10: 623- 637 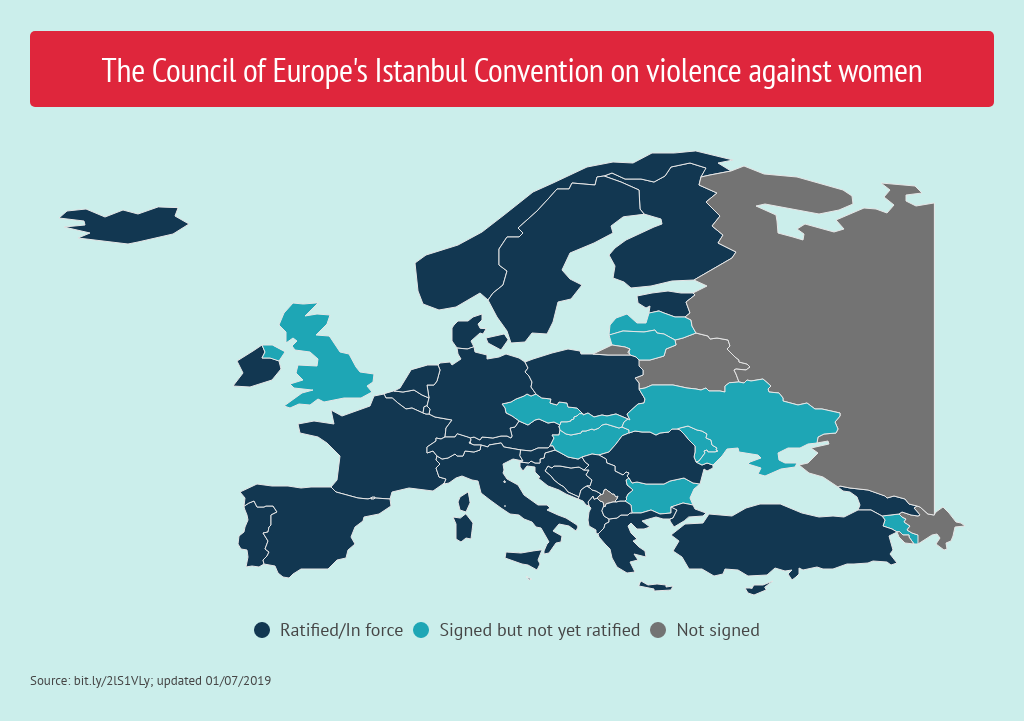 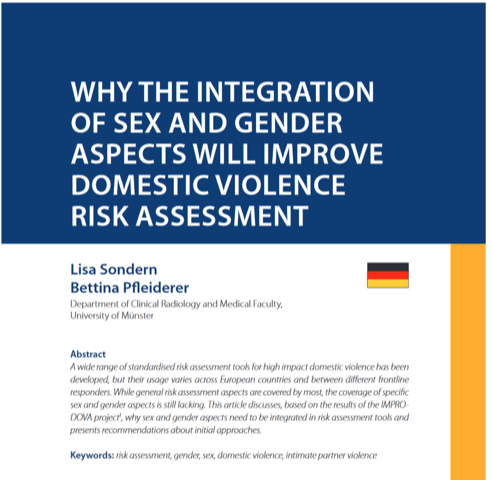 "Women must not pay the price for COVID-19! Good practice examples to prevent further risk to victims of male violence" by Laura Albu

Progress on tackling violence against women is too small – the latest WHO prevalence estimates report 2010-2018 indicates that little progress being made! by Paulina Juszczyk and Bettina Pfleiderer

The knowledge about sex and gender aspects in domestic violence is of major importance to first line responders. A deeper understanding of sex/gender aspects will help to differentiate between various types of domestic violence more appropriately, and accordingly, adjust agency responses. Here we present information about gender in general and specialised knowledge for the police as frontline responders.
https://training.improdova.eu/en/training-modules-for-the-health-sector/module-1-forms-and-dynamics-of-domestic-violence/2/#Gender