IMPRODOVA, a research and innovation project funded by the European Union involves a group of experienced researchers and practitioners from eight countries, Austria, Finland, France, Germany, Hungary, Portugal, Slovenia, and UK (Scotland), is designed to provide solutions for an integrated response to High Impact Domestic Violence (HIDV), based on comprehensive empirical research of how police and other frontline responders (e.g. medical and social work professionals) respond to domestic violence in European countries. 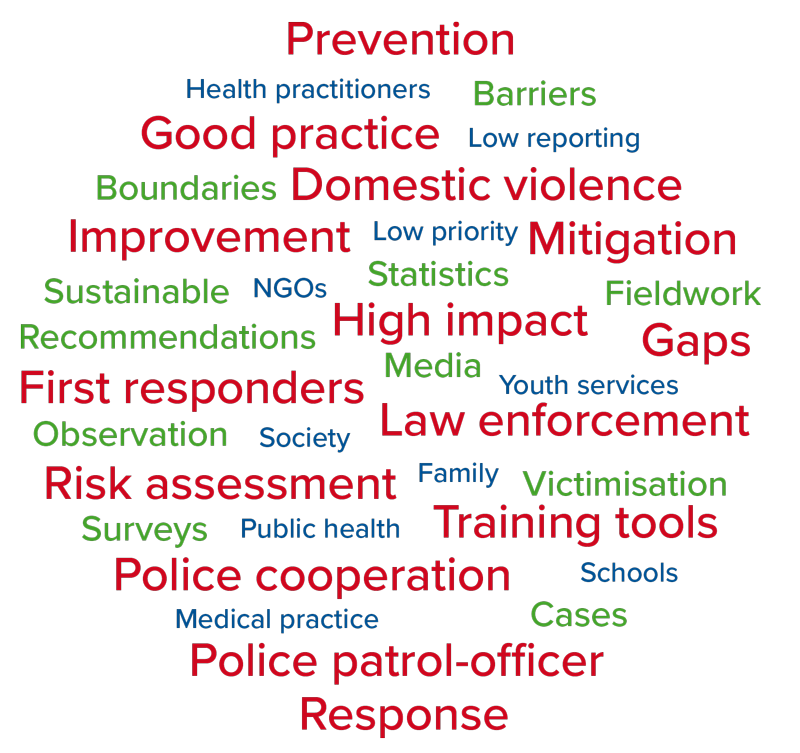 In Europe and other Western societies research findings and policy documents have unearthed an overabundance of recommendations on domestic violence. In theory we know very well how we should prevent, detect and mitigate domestic violence. However in daily practice this is often not taken into account. Furthermore there is less research on the factors that escalate family and partner conflict into high impact domestic violence. Among the many frontline responders police organizations should be one of the major supports for victims of high impact domestic violence (HIDV). Yet, according to the World Health Organization, less than 10% of domestic violence victims seek help from the police. Whether victims seek support from other frontline responders has to be investigated. Across Europe, there are positive examples of best practices from which we can learn. What IMPRODOVA proposes to do is to focus on improving and integrating response of police, social work, non-governmental organisations and other actors making up the ecosystem of frontline responders to increase reporting of domestic violence. Reporting rates to the police, who in most cases are the only agency available to citizens on a 24/7 basis, can serve as an indicator for successful performance of the overall ecosystem.

IMPRODOVA aims to identify gaps in the cooperation of HIDV first line responders and will deliver recommendations, toolkits and collaborative trainings for European police organizations, as well as medical and social work professionals to improve and integrate institutional response to HIDV. In turn, this will create a positive feedback loop, which increases reporting rates of HIDV to police, and the medical profession, community and social work practitioners. This is important as those first responders perform the risk assessment of HIDV victims.

New training video for medical (and other) frontline responders

Domestic violence - (not) a topic in school?!

All children and adolescents have the right to be protected against all forms of violence. But how can protection be ensured when the violence takes place within the family?

Save the date for our final conference